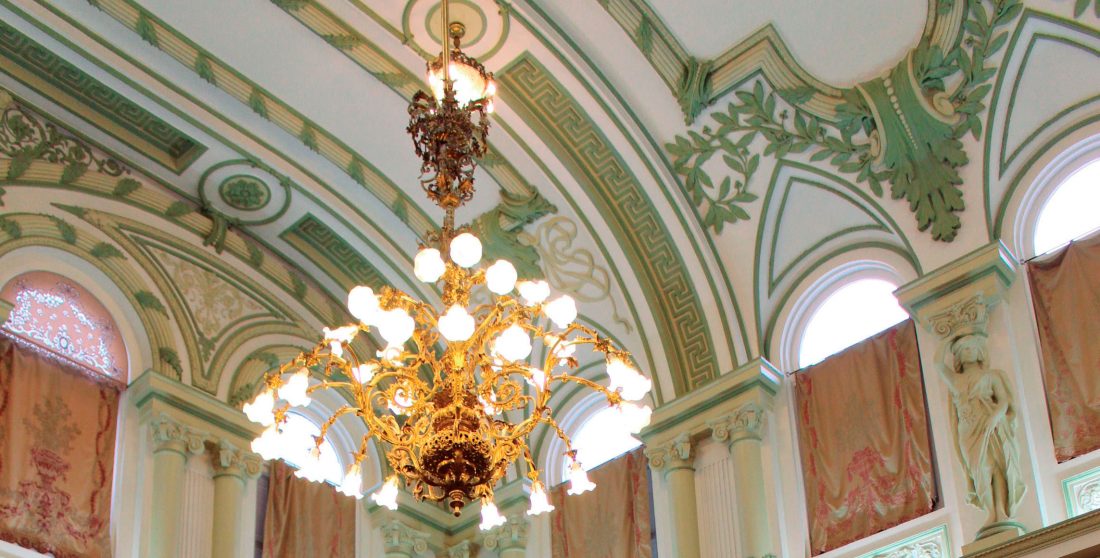 Bewitched, besieged and rescued palaces: stories of a program of Chilean architecture (I)

With this new series of posts we want to put the finishing touches to the specialized papers dedicated to the Palacio Rioja in Viña del Mar, Chile. For this purpose we present the fantastic article written by the historian José de Nordenflycht Concha from the University of Playa Ancha on the importance of Chilean palaces in the history of its architecture through four parts.

This first post integrates the presentation of Professor Nordenflycht’s paper, a work that is published in its entirety in the Rioja Palace, an experience of recovery in Latin America of our collection “Enhancement of Heritage”.

The history of architecture in Chile, as in much of Latin America, created an image inasmuch as its narrative found refuge in depending analogies and misunderstood transfers, in which the former always search for what was originated there and the latter are focused on the original nature of the message as reception conditions become invisible. Since most of the buildings that are a part of our monumental catalogues have been materialized in very different conditions as compared with the places of origin attributed to them, the analogies and transfers merely constitute the pretension of a form, creating a confusion between ornament and decoration, while the taxonomic explanations referred to the hackneyed notion of style are overestimated.

The latter is especially recurrent when reviewing the foundations of historical explanations about the architecture produced by and for the elites of the nineteenth century, where it would seem that copying is confused with imitating and the program with the type (1). We know that the aim of the nineteenth century treatise writers was precisely to create a methodological procedure in which formal adaptation was the expression of the type transmission. For this reason, the assumptions considering historicist eclecticism (2) as a mere formalism have not been explicit enough when confronting this stylistic label with materiality, constructive systems and spatial solutions located in a social context which gives them a more complex meaning as regards the historical period in which Latin American societies founded the bases of their modernizing project under the shelter of national states that sought to invent their origin while reciting their destiny.

The discredit attached to the different typologies of the 19th century in our historiography not only bears witness to a thematic backwardness but to a programmatic abandonment, founded on a militant modernizing discourse in which new, reformist architects from the 40s and 50s invoke the “death of the father” with various iconoclasts gestures, even burning the treaty of the classical orders by Vignola in the courtyard of a university school (3). It is interesting to note that the much-reviled logics on style and its mannerisms were rapidly replicated with a new “modern style” thus resulting in the new monumentality of the palaces of the peoples, of sports or of health as unmistakable symptoms of forms of rhetoric that were eventually to become ornamental variations.

The epic of modern architecture is based on the invention of this voluntarism regarding which many are beginning to put forward their reasons and confront their origins, which leads us to look at a long-term process set by continuities and shifts in the history of architecture in Chile that could not rule out references to the palaces.

We believe that this is the framework for addressing the general historiographical issues we should take into account when faced with the fortunate occasion offered by the process of valuation of a building like Palacio Rioja; as over and above its characteristics and value –in themselves, good reasons to pay attention to it (4)– what its circumstance and due contextualization reveals to us is the index of a greater process inscribed in the beginning of a long modernizing process of Chilean society to the extent that the palaces represent an architectural expression that abandons the post-colonial paradigm, which with its legacies and contradictions placed all those who did not want any changes to be made in a comfortable area, while new generations emerged which, with transformation, started to unveil a desire that seeks ever more vertiginous times, in which the palaces formerly denied to the subjects will now be built by citizens.

In these circumstances, a palace is not only an image expressing a handful of recurring clichés about power and its living conditions, with misguided notions about bloodlines and invented traditions. For, of they only had value on this account, as concentrated stemming from the development of facades that figuratively participate in the self-deception of “appearance”, we would be ignoring what they actually are, both materially and immaterially, as complex systems that contain relationships which, in a micro-narrative of  the society of those days, emerge from the constructed desire of fictions that, even nowadays, still convey to us the need they had at the time to house the diversity of the domestic and public life of its dwellers, with their conflicts, dissents and contradictions. This may not be too far from the metaphors of children’s stories, in whose palaces we find fairies, witches and princesses, who change according to the position, place and space they occupy therein.

From the above, our brief story allegorically identifies three moments  in that mutation. The first moment recognizes the enchantment of the values and attributes of their recently inaugurated projects, in which the surprise and admiration were not only those of their contracting parties and eventual guests, but also those of entire cities that moved towards their definitive town-planning configuration thanks to these contributions. The impact on urban visual culture of imposing facades with Gothic, Moorish, Baroque or Classicist reminiscences was to be its most obvious effect. The second moment identifies the threat they experience due to external contextual factors that capture this enchantment, resulting in buildings that stand besieged in the middle of the urban growth and densification that exercises pressure on  their  pre-existence.  Moreover, the reduction in scale of the venues as well as the valuation of the location opportunities started installing these very same elites in more compact and functional dwelling programmes. And the third moment in which a few were to be rescued by the vision some new contracting parties had of a possible future, in which the rigour of their interventions and the effect of their enhancement returns them to the social space, having now become a common property.

(2) For a definition of “historicist eclecticism,” we shall rely on De Fusco when he specifies that “(…) we want first of all to free the expression “historicist eclecticism” from its negative connotations, considering it indicative of a unitary style as a whole and, secondly, to include in it other phenomena such as the birth of modern urban planning and other events that historiography generally treats in separate chapters”, DE FUSCO, Renato (1992): Historia de la Arquitectura Contemporánea. Madrid: Celeste Ediciones, p. 11.

(4) We are referring to the episode that signaled the beginning of a curricular reformation of the teaching of architecture at the School of Architecture in the  Pontifical Catholic University of  Chile  in  1949 .   For a context and details of this historical landmark, see NORDENFLYCHT, José de (2013): “Pintura Mi(g)rada. Notas sobre la obra de Francisco Méndez Labbé”, Cuadernos de Arte, Escuela de Arte, Pontifical Catholic University of Chile, num. 18, Santiago de Chile, pp. 33-47.