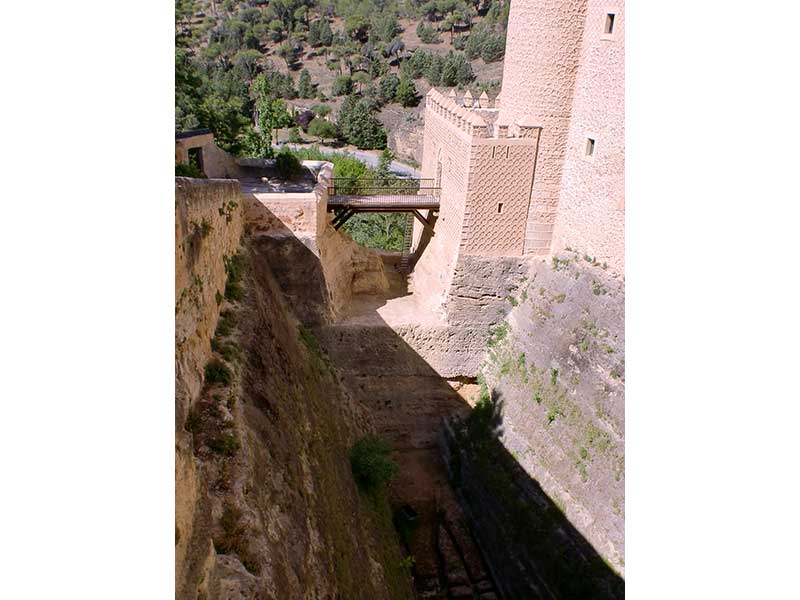 Kalam has done the conservation and restoration work on the Alcazar in several phases, following the guidelines defined by its Patronato, entrusted with its management since 1953.  This emblematic monument is an icon of the skyline of the historic city of Segovia, declared a World Heritage site.

In the first phase, our team of restorers and technicians worked on the front facades and the entire southern side.  The second phase focused on the restoration of the main facade, facing the Plaza de la Reina Victoria Eugenia, working on the walls that weren’t part of the repairs of 1983.  The last works were focused on the roofing over the main stairs.

It is much easier for plants and mosses to grown on the north side of the building, due to its location, which end up deteriorating the surface of the stone.  The work has included the cleaning and sanitation of the stone and the plasters, chipping away those in bad condition and replacing them, always using mortars stained with lime to match the existing mortars.  The assembly of the auxiliary means was fundamental, given that its logically impregnable situation and its strength, there are inaccessible and difficult to access areas. It was also very important that the works did not intrude on the tourists’ visit, since the Alcazar has a great influx of visitors.

Our restorers worked on the characteristic sgraffitos of its facades following artisan techniques under the guiding criterion of the conservation of the building established by the Patronato.

The recovery of the moat and the bridge of the Santa Barbara Tower was important, located in the bastion of the fortress.  A delicate work that Kalam performed with the maximum guarantees that it applied to all its work.