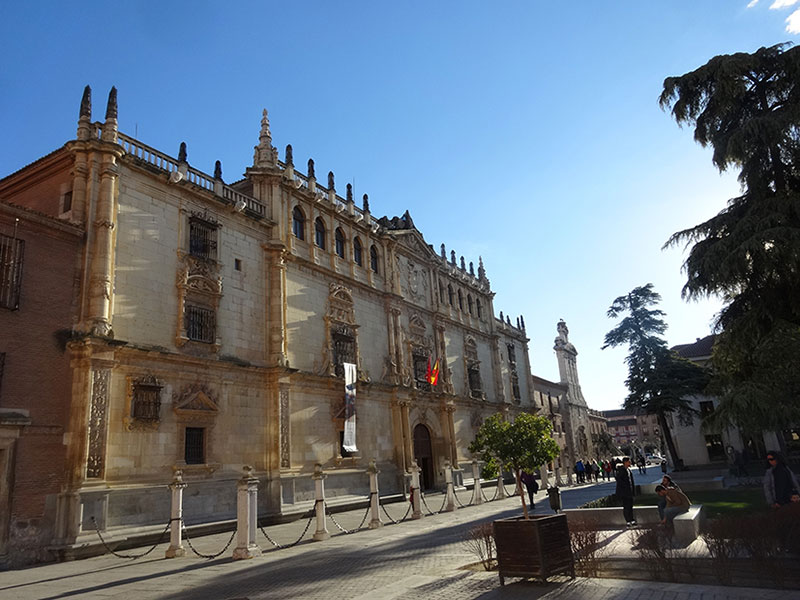 RESTORATION OF THE FAÇADE OF THE COLEGIO MAYOR DE SAN ILDEFONSO IN ALCALÁ DE HENARES, ONE OF THE MOST IMPORTANT WORKS OF THE SPANISH RENAISSANCE

Kalam has restored the façade of the Colegio Mayor de San Ildefonso.  This building belongs to the Historical Complex of the University of Alcalá de Henares, declared a UNESCO World Heritage site in 1998.

The construction of the Vellón limestone façade began in 1537 and was designed by the outstanding architect Rodrigo Gil de Hontañón in a traditional style, also known as “Cisneros style”, with characteristics ranging from Gothic to Renaissance. This façade is an icon for the university community and for the city of Alcalá and, undoubtedly, was a key factor in the declaration of the Historic Complex of Alcalá de Henares as a World Heritage site.

The work has included the full cleaning of the stone walls as well as the consolidation of all its elements and the extraction of salts.  Kalam also performed laborious and careful work replenishing the volumes with stone and mortar.  the locks, carpentry and zinc elements to protect the cornices were also restored. During the work, visits were organized for the public to access the scaffolding to witness up close the details of this magnificent façade.

This work complements other restoration projects previous performed by Kalam in the Historic Complex of Alcalá de Henares, such as the Archbishop’s Palace or the Convent of Santa Úrsula.