The work on the façades of the Banco de España (Bank of Spain) in Madrid has recently been completed. This building was built during successive phases and an extension was later added, until the current structure and configuration were completed.  The oldest elements of the building date from 1884, which means that some of the constructive solutions adopted already have significant ailments and pathologies due to the passage of time and inclement weather.  The worst preserved areas are the coronations of the walls, the mansards and the cornices, because they are more exposed to wind and rain.  The most striking aesthetic characteristic of this building, according to the architect who designed the restoration, its chromatic vibration.  This effect is produced thanks to the combination of different natural stones in its composition (granite from Guadarrama and Alpedrete, limestone from Alconera, and Carrara marble). 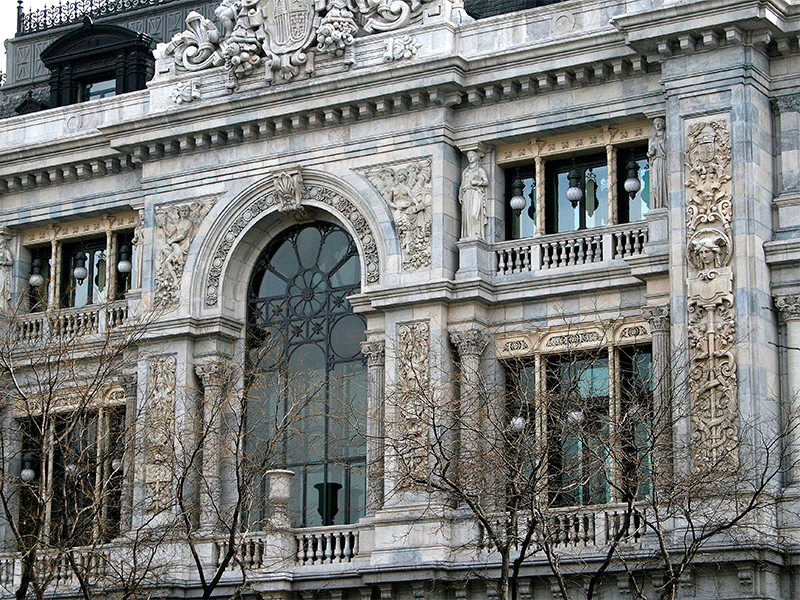 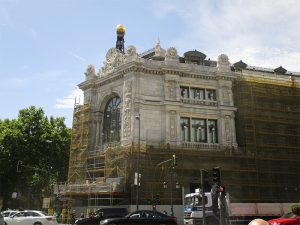 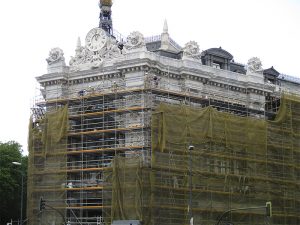 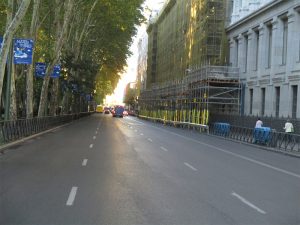 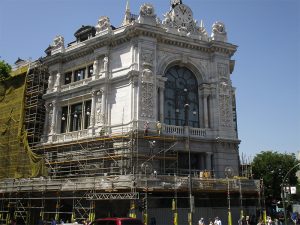 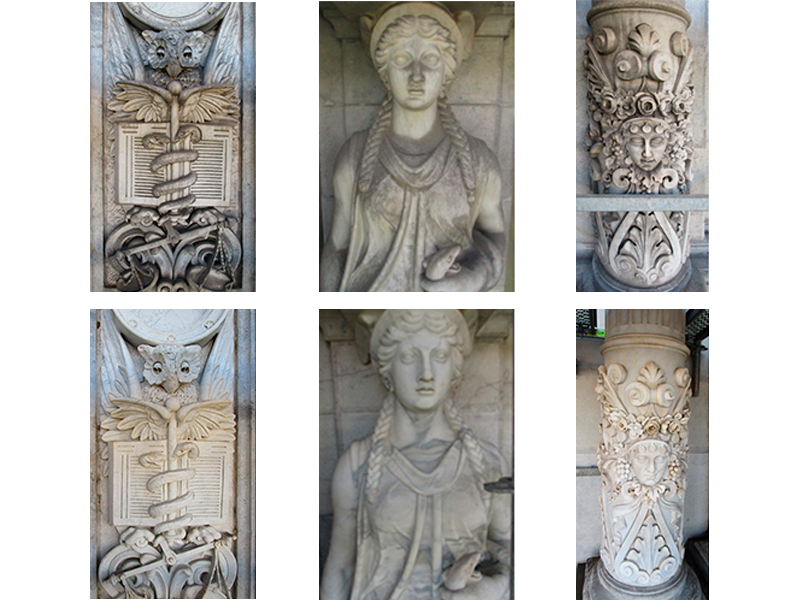 CONSOLIDATION OF THE STONE 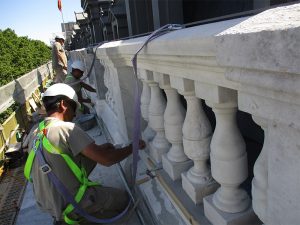 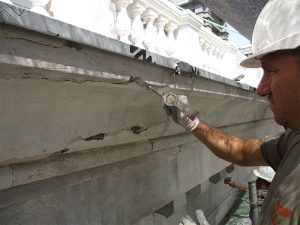 The characteristic Modillions under the cornice of the Bank of Spain building are one of the most recognizable elements of this façade. 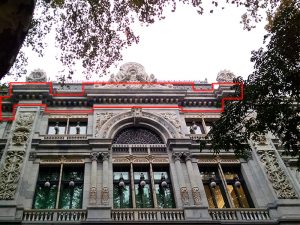 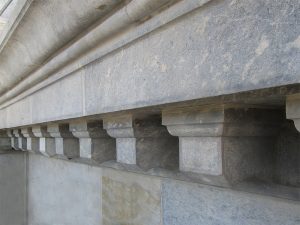 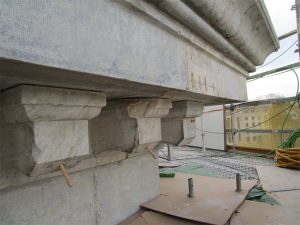 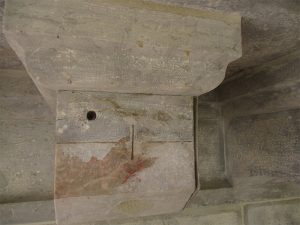 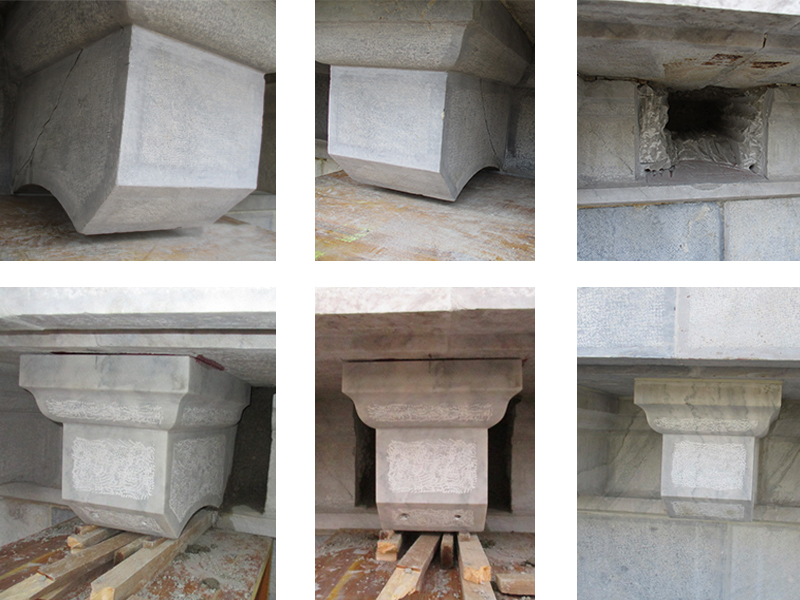 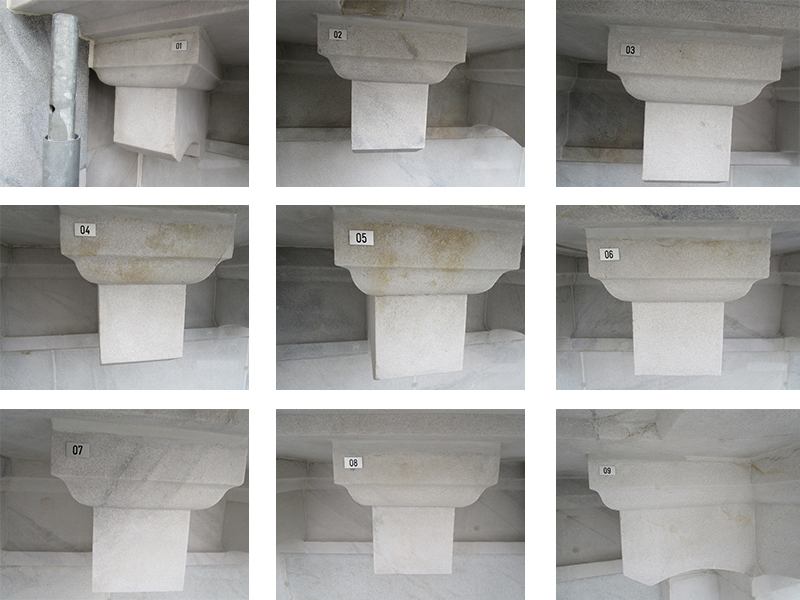 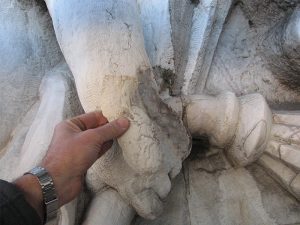 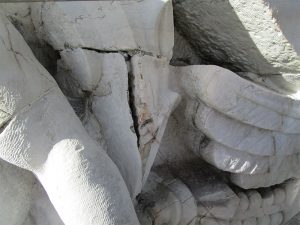 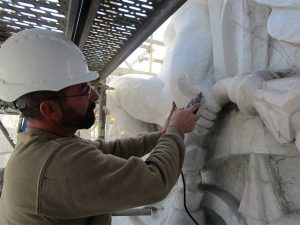 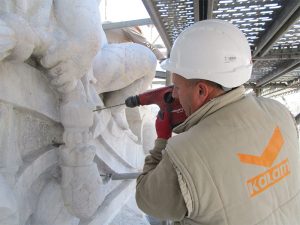 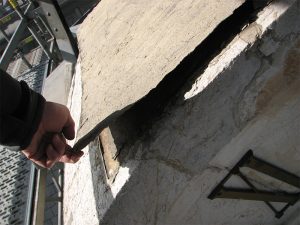 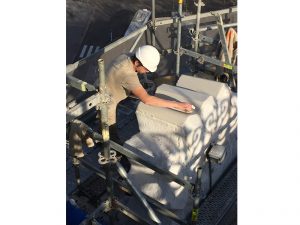 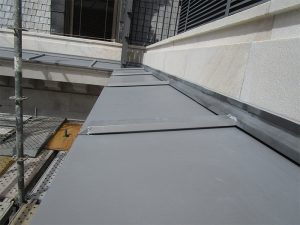 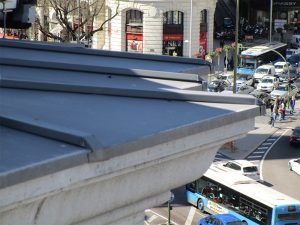 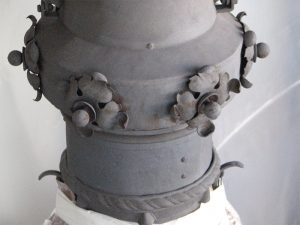 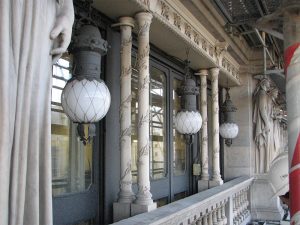 IRON ELEMENTS ON THE GROUND FLOOR 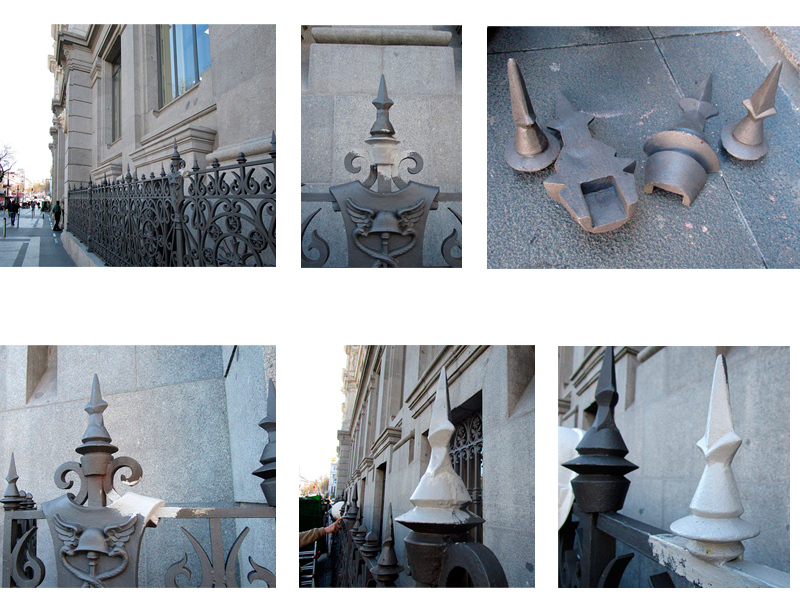 See the work, phase I