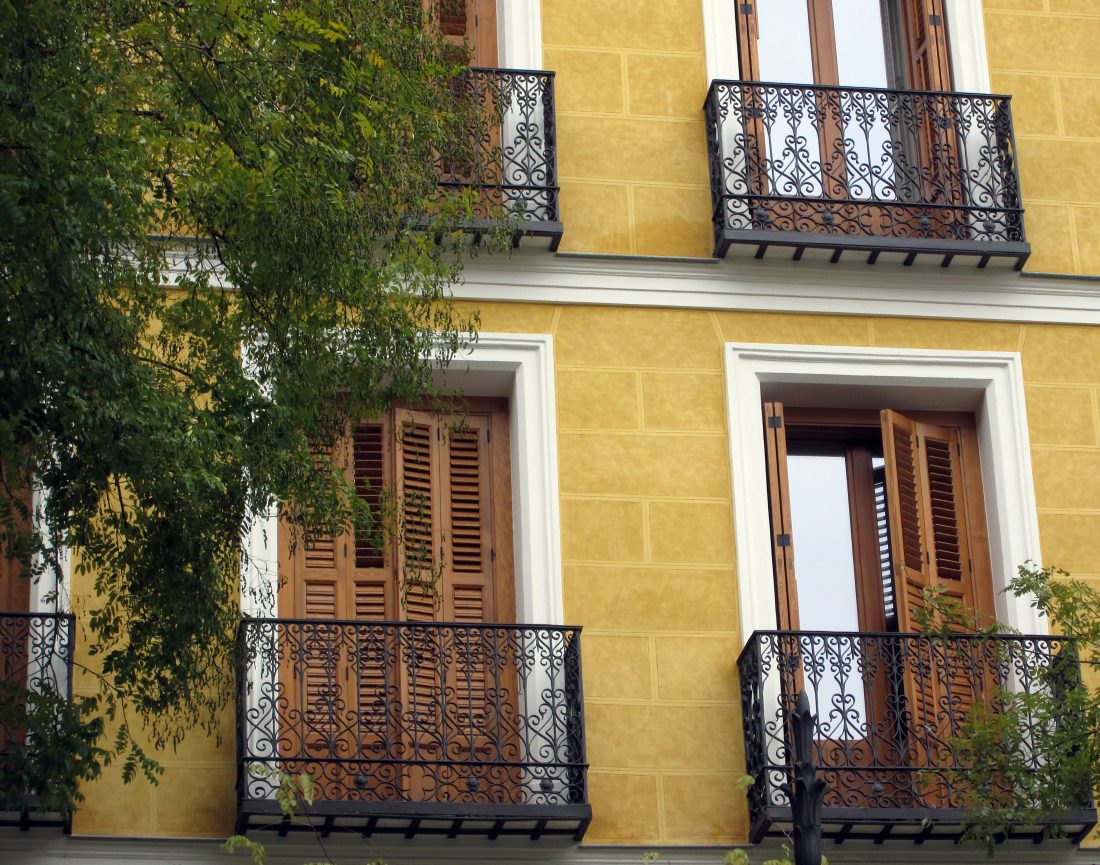 Bailén 37: rehabilitation of a historic building in the Palacio district

KALAM has intervened in the rehabilitation of the 1880 building located at 37 Bailén Street in Madrid. Our professionals have addressed its restoration returning the functionality of this building with the renovation of its facilities, improving its accessibility and optimizing the space for the creation of 23 houses of high quality currently for sale. The intervention, promoted by ELAIA INVESTMENT SPAIN SOCIMI S.A., aims to adapt its use to contemporary residential needs while preserving and adding to the proposal the identity of its architecture. 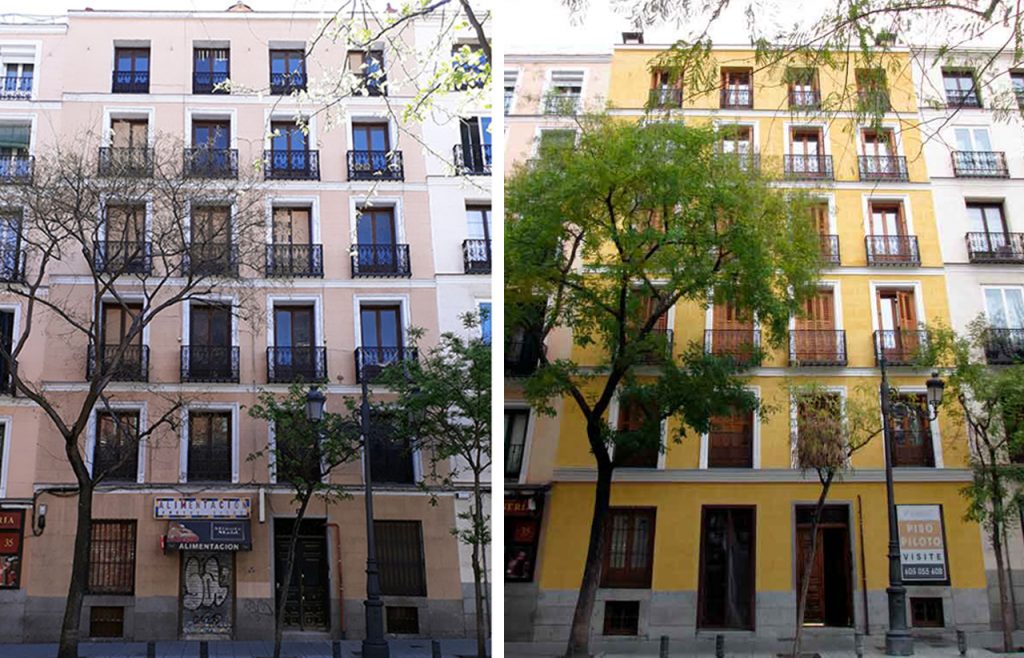 Views of the façade towards Bailén street in the previous condition and after the rehabilitation intervention.

This has led to the recovering of late 19th century building, having partial protection of both the staircases and the main façade, in the heart of Madrid’s historic center, with the vicinity of outstanding urban spaces and historic ensembles; the Plaza de Oriente, the Calle Mayor, the Royal Palace, the Sabatini gardens and the Teatro Real. 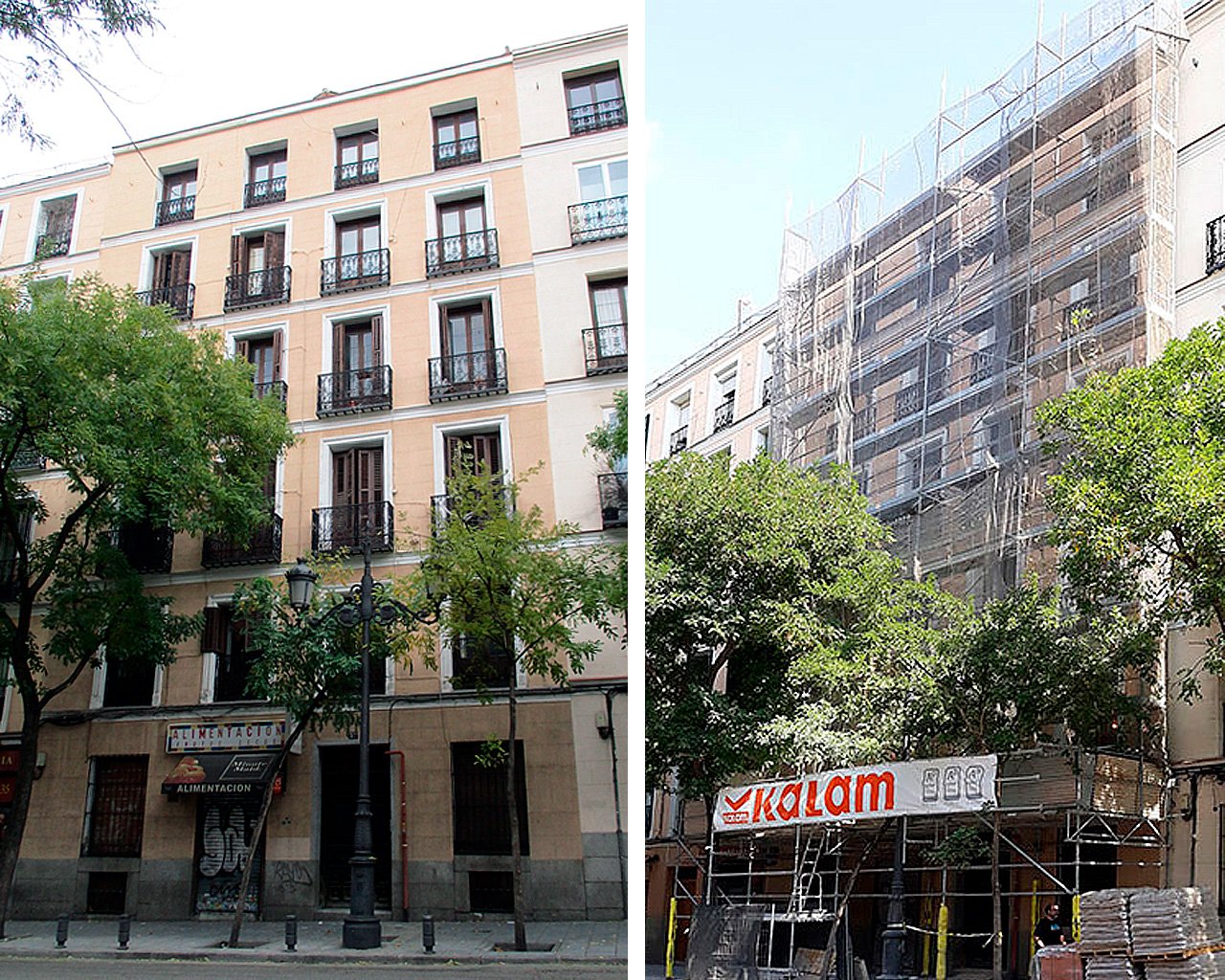 Various aspects of the building during the rehabilitation work which also shows its traditional construction system typical of Madrid’s 19th century architecture.

In order to improve their habitability and accessibility conditions, an important part of the project includes the execution of structural reinforcements in timber floors and framing, with special attention to the repair and restoration of the access cores and staircases of the building. Inside, new finishes have been planned along with the complete renovation of the facilities. It is noteworthy the use of oak in the floors of rooms such as lounges and bedrooms and in the interior carpentry, and hydraulic tile flooring in the kitchens, which are also fully equipped. The quality of the finishes respects and emphasizes the singular characteristics of the spaces that integrate the original architecture of this building. 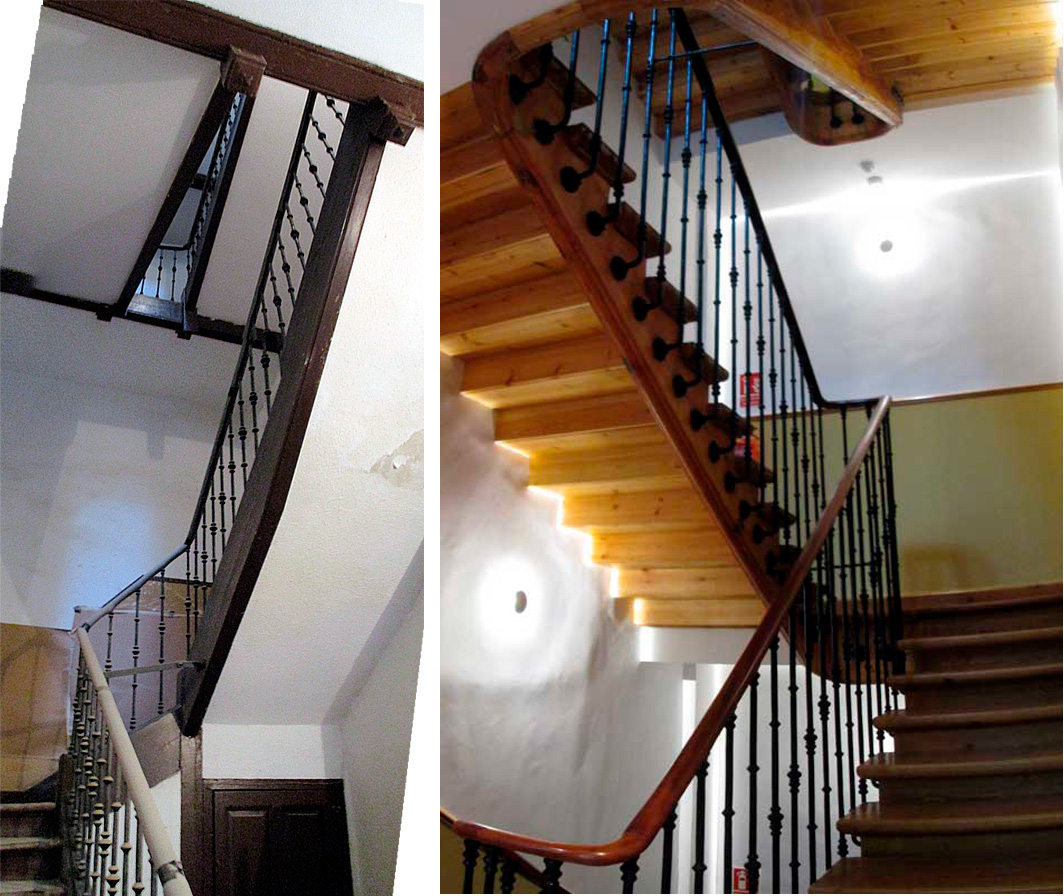 Previous and recovered condition of the protected staircase, in which the beautiful geometry of its lower surface has been discovered.

On the outside of the building, the ornamental elements of the protected façade are restored, maintaining the craftsman’s trades in their execution. The original claddings in lime plaster are recovered as well as the traditional grilles’ elements characteristic of their balconies. The carpentries are made of treated wood and have double glazing to improve their hygrothermal behavior as well as their energy efficiency.

Different aspects of the rooms and finishes of one of the dwellings towards Bailén street. 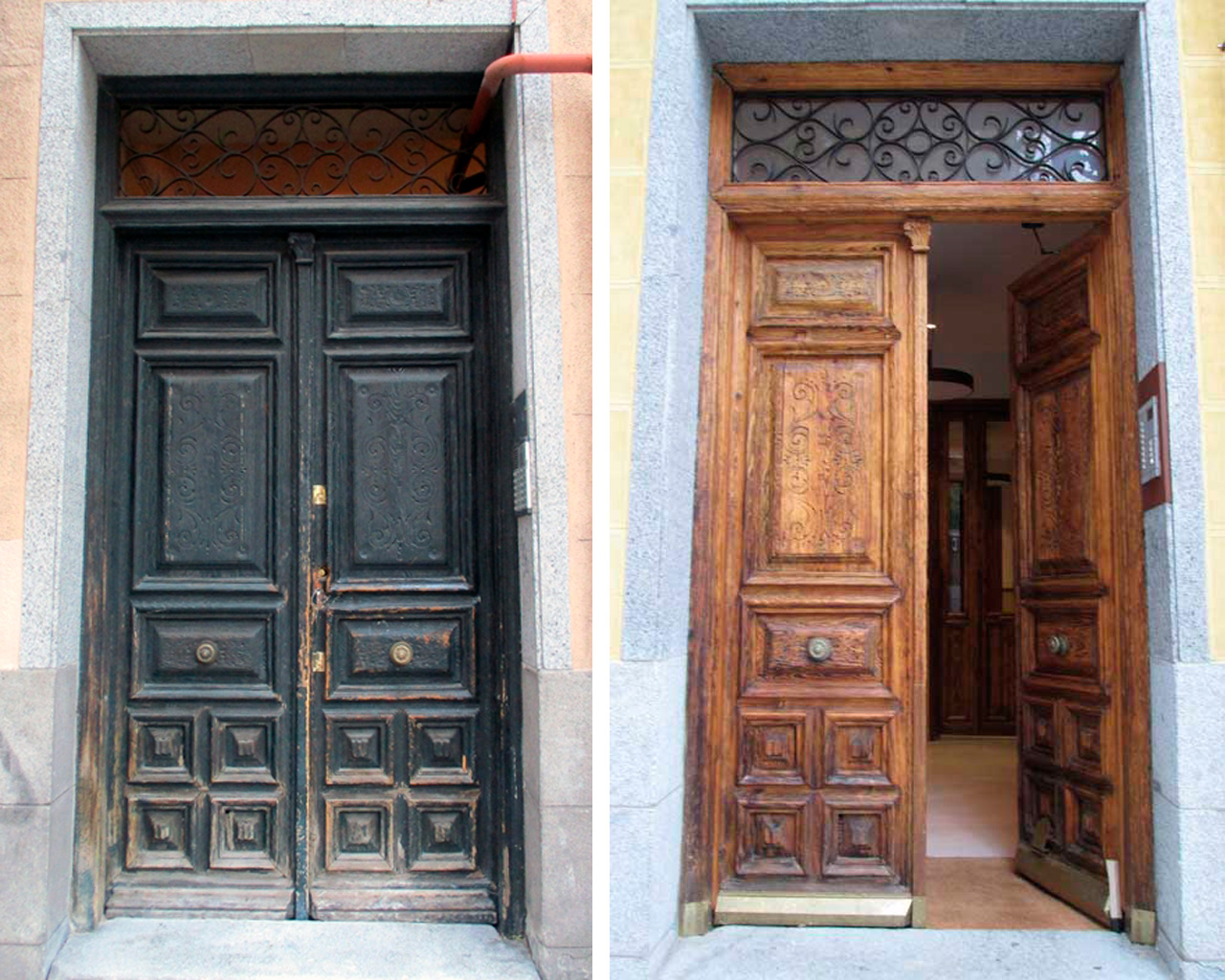 During the intervention, pre-existing elements that characterise the uniqueness of this historic building were restored and recovered, such as the original carpentries, grilles and ornamental elements.

Finally, the intervention is completed with the actions carried out in the common areas such as interior courtyards and accesses of the building, following the same line of work in the application of traditional lime plasters and the use of new materials that dialogue with the aesthetics of the building, such as metals with a corten oxide finishing and a recovery of the sgraffito technique with an updated image on the walls of interior courtyards. ELAIA INVESTMENT SPAIN SOCIMI S.A. and the architectural team in charge of the project wanted to recover the original textures in the appropriate colouring, contributing a differential value to this intervention. Similarly, the original base and flooring of these exterior spaces based on pieces of stonework have been dismantled and cleaned, preserving the singularity of this original pavement. In addition, panoramic lifts have been installed, improving the accessibility conditions of the building without detracting it from the visual harmony of the complex. 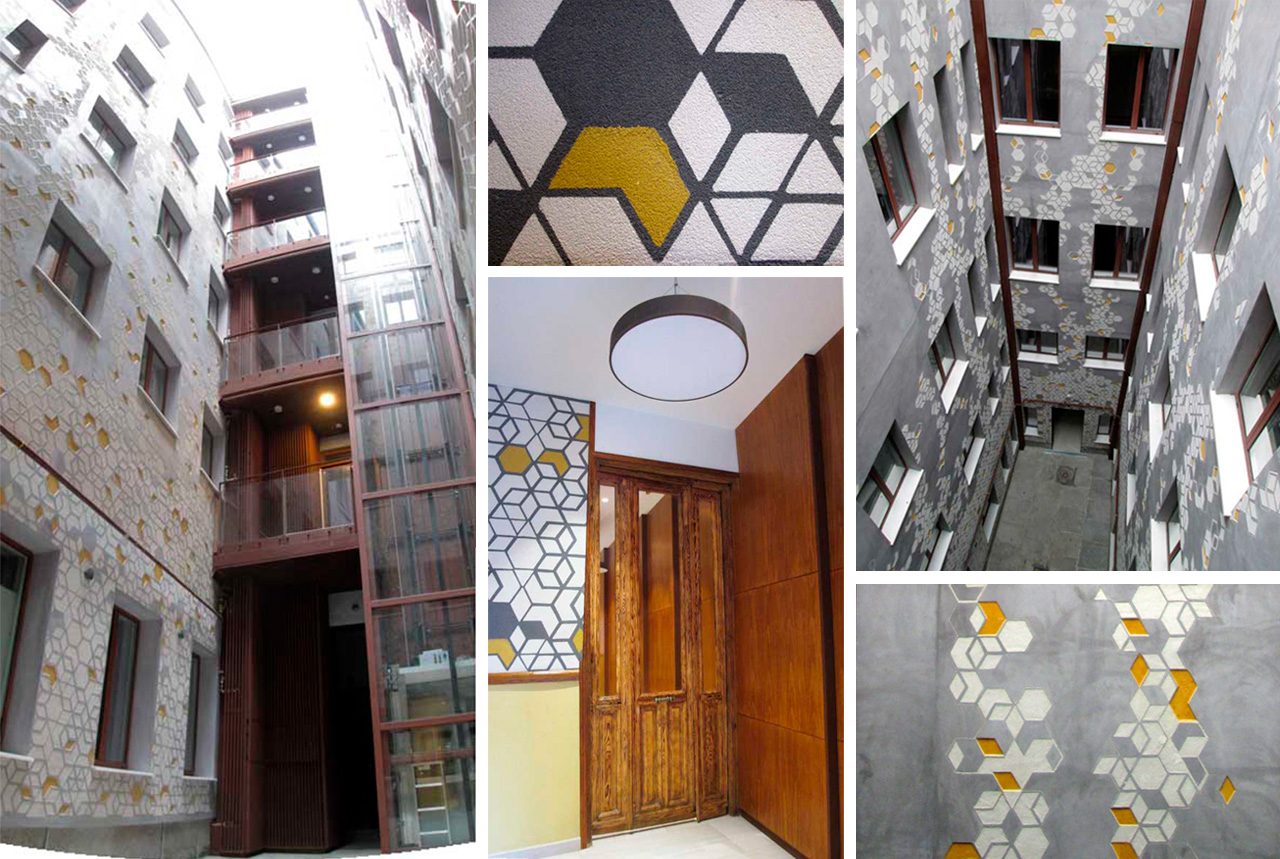 Views of the singular spaces of the interior courtyards and common spaces, and details of the characteristic finishes of façades and walls with the use of lime plaster and the technique of sgraffito.

In the spaces of the interior dwellings the coexistence between the pre-existing and the new is appreciated, recovering a historical building with residential use for contemporary needs.

KALAM, through its work divisions, serves projects such as Bailén 37 with all its experience, means and equipment for the recovery of buildings in our historic centers, rehabilitating them using new technologies together with the traditional techniques that have given them life. Projects that are committed to quality and differentiation that is achieved by adding to the current standards and requirements of habitability, accessibility and functionality the value and character that brings the historic building. We musn’t forget that the best conservation of our cultural heritage is the one made by keeping it alive, giving it a use and, therefore, a reason for being. 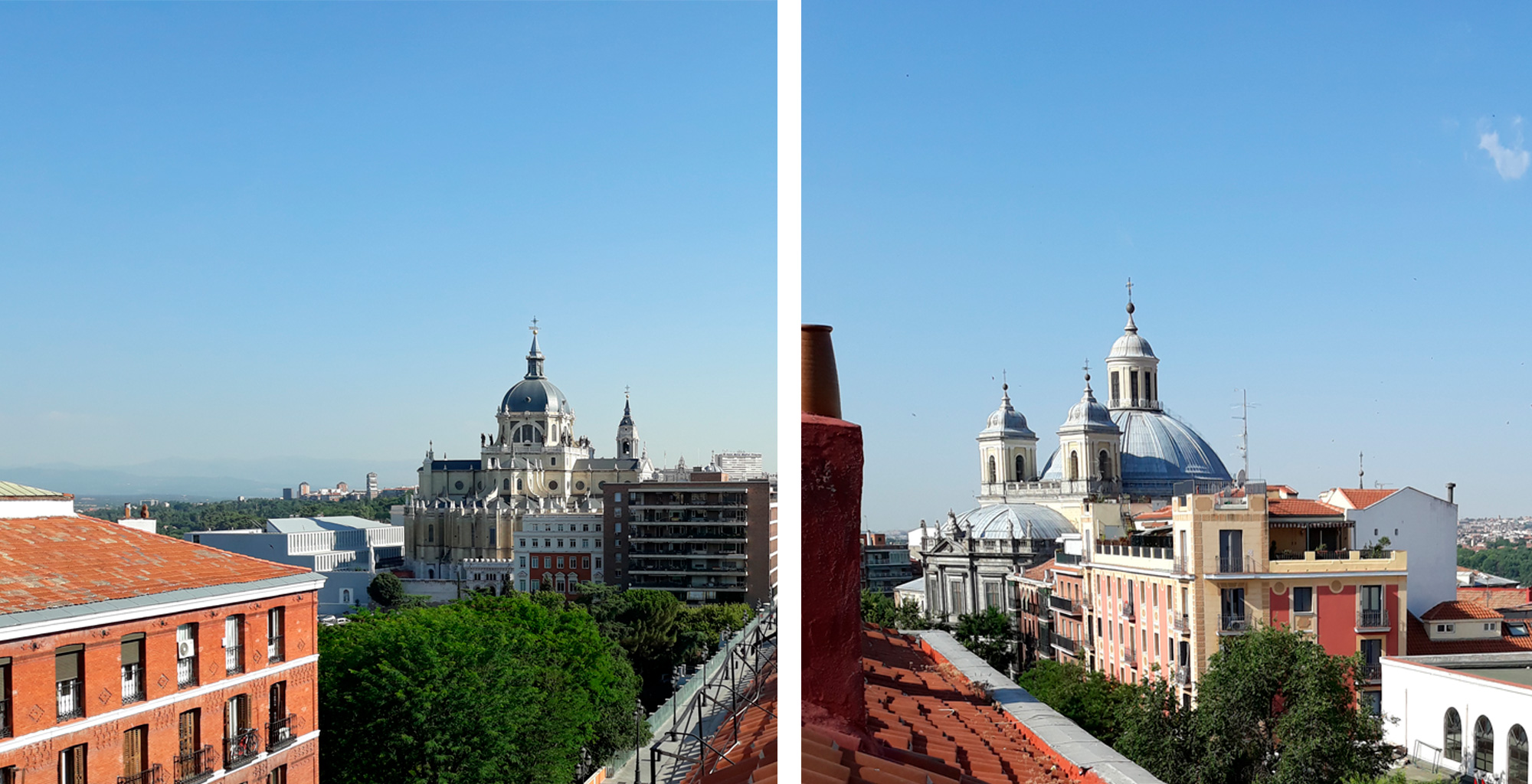 From Bailén 37 building wonderful views of nearby monuments may be enjoyed, such as the Almudena Cathedral or the Basilica of San Francisco el Grande.